a guide to finding data and/or statistics of interest to students and scholars engaged in all kinds of research. 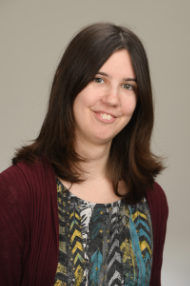 Statistics Canada provides access to select Masterfile subsets through the Real Time Remote Access (RTRA) online tabulation tool. "Researchers using the RTRA system do not gain direct access to the microdata and cannot view the content of the microdata file."

For projects that don't require analysis at small levels of geography, the RTRA service can allow you to calculate certain types of statistics for:

Retrieving tables through Statistics Canada's RTRA service is a much quicker and simpler process than getting access to Masterfiles in the Research Data Centres (which can take months and requires a security screening).

Dalhousie Libraries has a subscription to Statistics Canada's RTRA online tabulation tool. If you are a Dalhousie-affiliated student, professor, or researcher, we can submit SAS code to the tool on your behalf (we have a limited number of free submissions a day), and send you the resulting output file.

However, writing SAS code for use in the RTRA tool and troubleshooting any error messages in the resulting output file remains the responsibility of the student, professor, or researcher submitting an RTRA request.

Tips on submitting SAS code for the RTRA tool